The History of Chas Clarkson 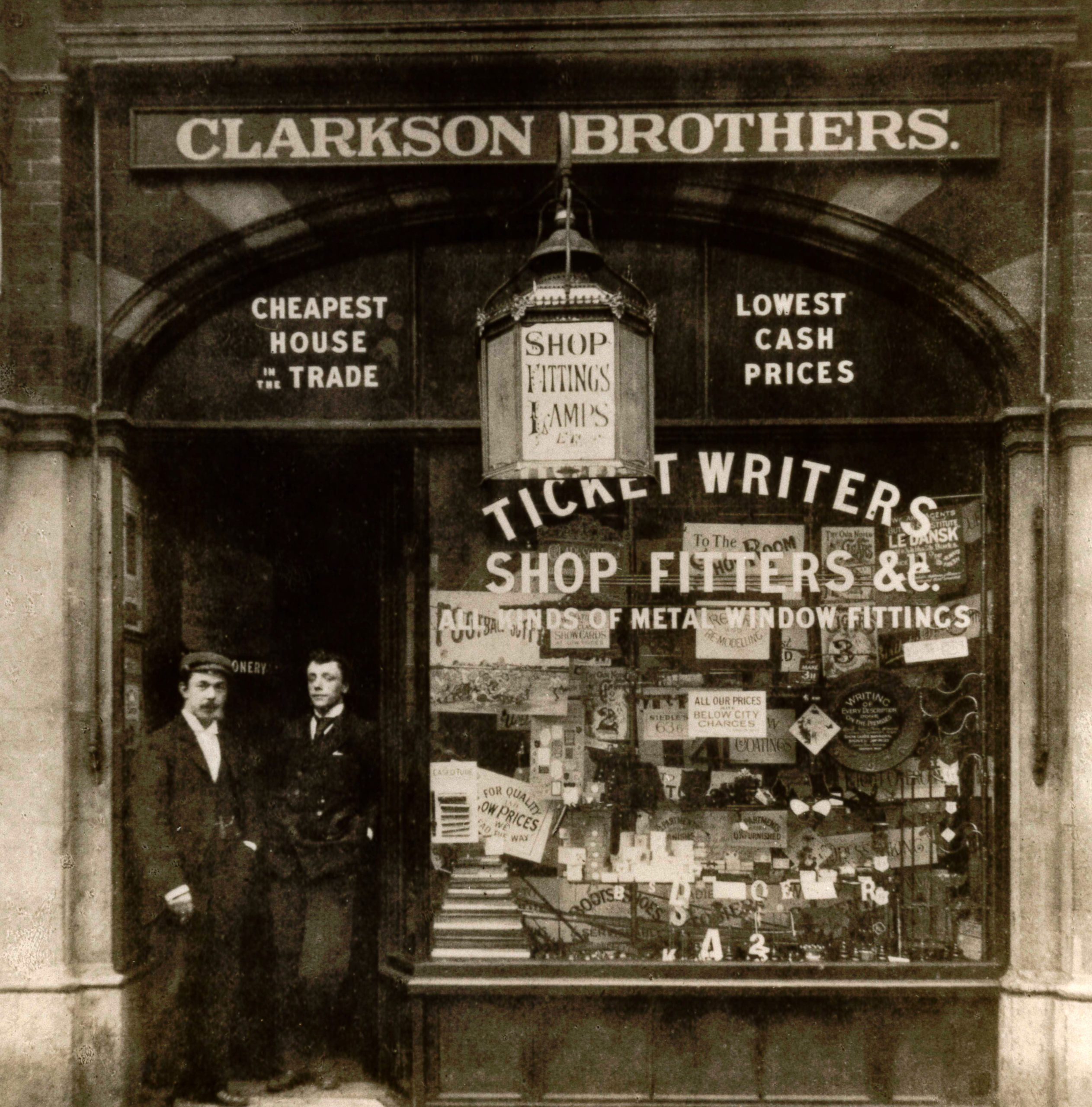 The History of Chas Clarkson

In 1893 our founder, Charles Clarkson, took the courageous step of setting up the first Clarkson outlet in London’s Charring Cross. It was a shop fitting and signage business started with his brother Alban. At the turn of the century, Charles and Alban decided to emigrate, with Alban moving to South America. Charles, or Chas as he was then known, made the brave decision to bring his wife Mary and son Reg to Australia. They arrived in Sydney in 1900 on the sailing ship “Leicester Castle”. Chas immediately set up his signage & ticket writing shop at 125 William Street, Sydney.

Business grew quickly and soon moved to 307 Elizabeth Street, then 300 Pitt Street where the family, which had grown with the birth of George in 1905 and Leonard in 1906, lived above the shop. Eventually, Chas’s four sons would join the business as each of them turned fourteen to fifteen years old and he taught them the art of ticket writing and foil blocking. However, in 1916, Alban, just 16 years old, made the brave decision to enlist in the Army. After his training he was sent to France where he served for two years. He was to die shortly before the Armistice, at age 18. 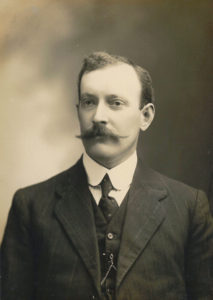 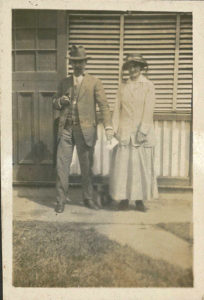 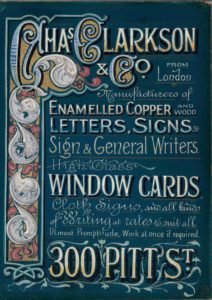 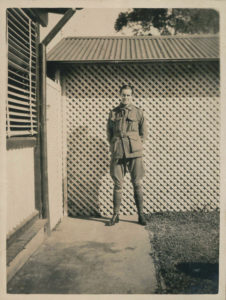 In 1928, Chas decided to move the business from 300 Pitt Street to much larger premises in the basement of 264 Pitt. Sadly, Chas died suddenly from a stroke leaving sons Reg, George and Len to run the business. Through the Depression and War years, George’s competence in running the office during these trying times was largely responsible for the survival of the company. Foil blocking equipment was used for the production of labels essential to the aircraft construction and fire control industries. Reg also had a hobby of model making and during the war, he and George made and sold model warships to be used in Navy training.

Through the early post-war period, Chas Clarkson began to add retail display materials to its range of products. Another relocation of premises saw the company move from Pitt Street to 127 York Street. In 1950, Robert Clarkson (George’s son) joined the company. His father decided that he should learn the business from the grass roots up, so after serving customers from behind the counter and working in the mail order section, Robert was introduced to the clerical side of the business.

The 1950’s & 1960’s saw the company involved in many high-profile projects, such as production of election posters and the preparation of the calligraphy on the photos hanging in NSW Parliament House and Sydney Town Hall. These were the years of expansion. In 1964, Peter (George’s second son) joined the company, progressing through showroom sales to outdoor selling. 1964 was an important year, with the opening of the shop at 139 York Street. This was the first shop with window frontage, enabling proper visual impact for Chas Clarkson’ products. It was highly successful, with a range of wrapping materials added to the company’s range allowing for a true “one stop shop” for display materials. Reg passed away in 1968, leaving George to run the business with the help of Robert and Peter. 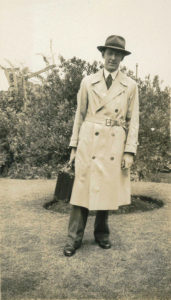 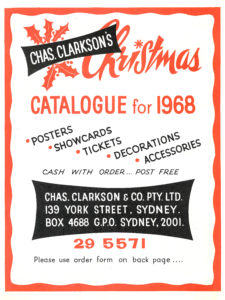 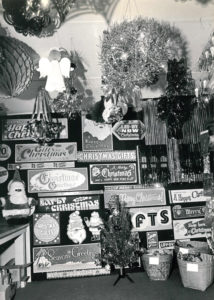 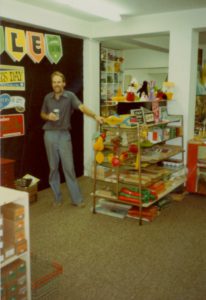 From the mid 1970’s, Robert and Peter ran the business under the guiding hand of their father George, who was still active in its daily operation when he passed away in 1982. Robert and Peter began to travel overseas in the constant search for new and innovative ideas. Further expansion in the 1980’s and the relocation of premises saw Chas Clarkson move to 131 York Street, then 465 Kent Street.

Tim Clarkson (Robert’s son) joined the business in July 1990, commencing in sales and client services. Working closely with Robert and Peter, Tim was introduced to all facets of the business. In the early 1990’s, when demand declined for traditional retail ticket items, the Chas Clarkson Christmas Concepts division was created. With a move to the inner Sydney suburb of Camperdown, the company quickly established itself as the leader in Australia for magical and memorable Christmas experiences designed for commercial environments. Tim’s brother Mike joined the company in 1995 and is now Chas Clarkson’s Finance Director. Shortly after the move to the company’s present location in Botany, Tim and Mike’s sister Sally joined in 2005 and is an experienced member of the Account Management Team.

We are proud of the courage demonstrated by our founders and their ability to adapt to an ever-evolving retail market. The Chas Team today is inspired to dream of the future of magical and memorable experiences so that we may bring joy to our clients and their communities! 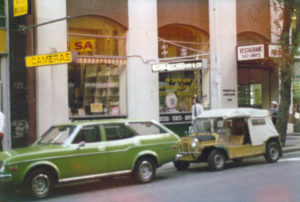 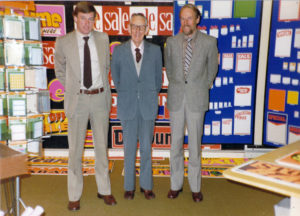 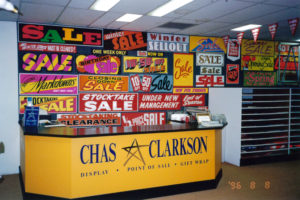 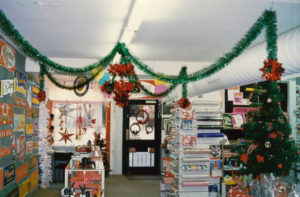 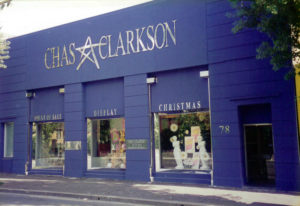 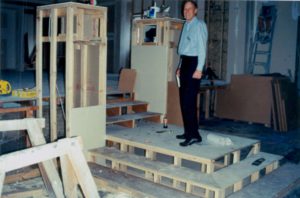 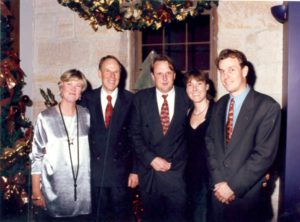 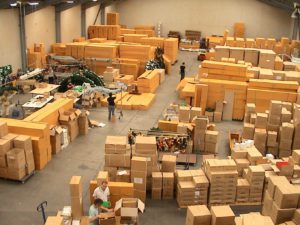 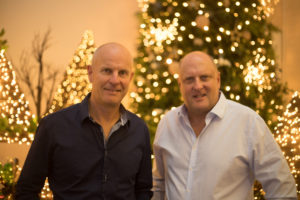 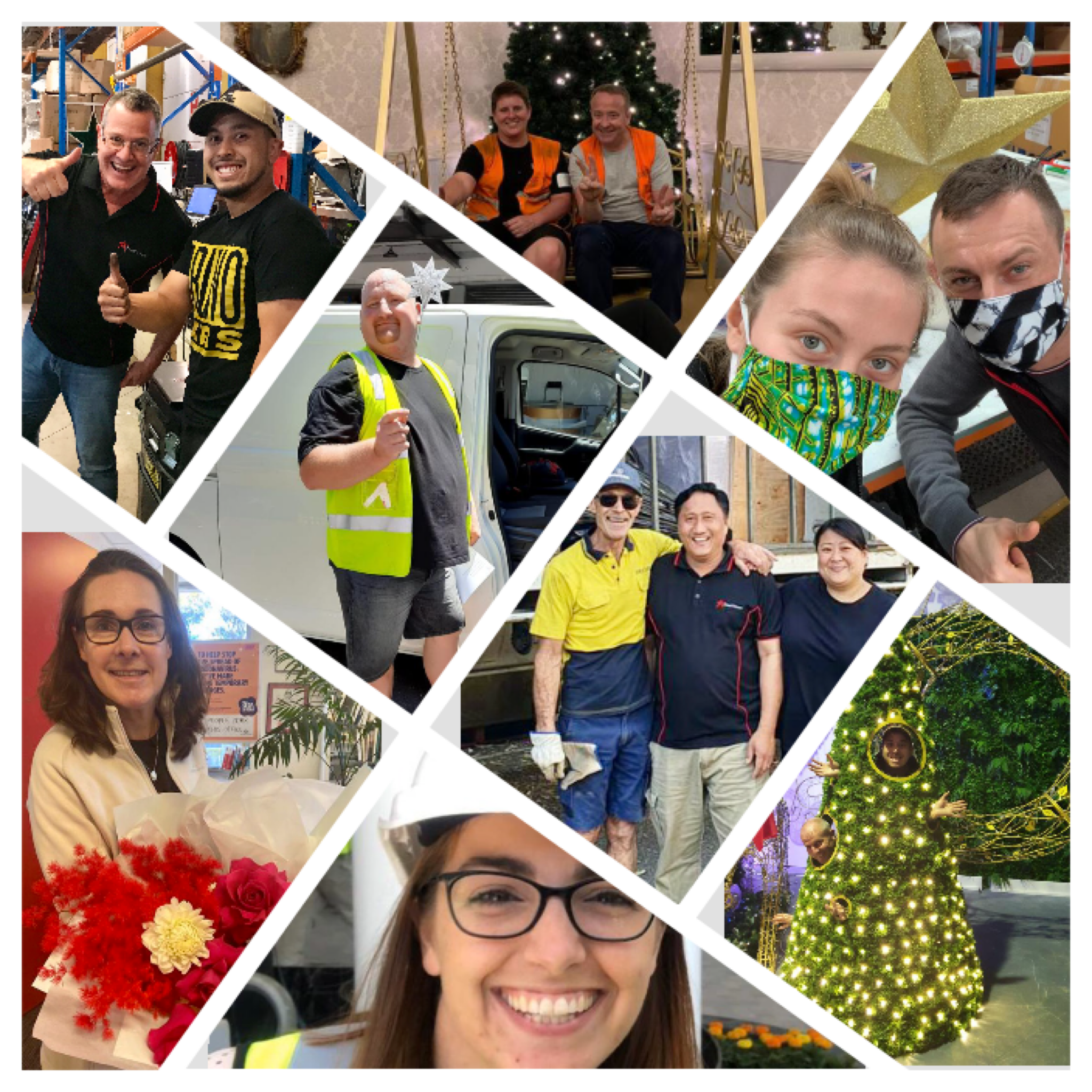 Keep up to speed with all things Chas by following us on our social channels. You’ll get the latest info on our products, our projects and our team. Click an icon on the right!